On his brand new blog Gotch.info, Gotch talks about the recording session of his new solo album "Good New Times", where he tries to explain the studio mood, how things took place and gives more details about some songs recorded with the band The Good New Times. The following relates the recording during day 18 to day 23. 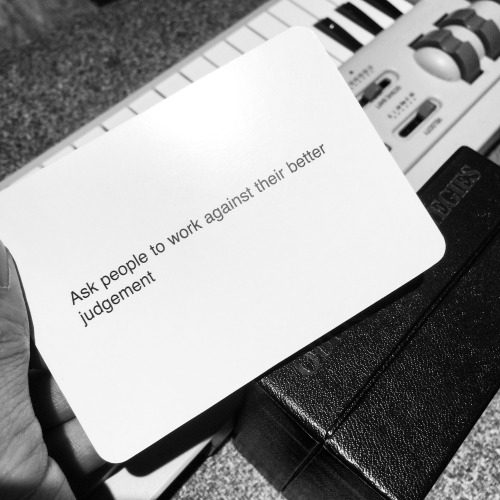 Songs edition. We are putting together the chorus parts of four of the Japanese songs.

A computer appeared in the studio; to me this was a huge event. Without computers, musicians lacking of skills and talents, like me, wouldn’t have the chance to produce a work in the first place.

With analog equipment, before recording techniques improved, many albums were recorded only with virtuoso musicians. We understand that when you watch the Beach Boys movie, they never performed alone. When you think about the time, you realize that there were obstacles arising in front of the production that many things seemed reduced. The fact that many people can now produce a work is a good and, at the same time, a bad thing.

It’s the same for the choruses, now you can easily modify them with a click of a mouse, which easily slides [the clip]. Costs could have been reduced, but even if the rhythm was bad, we would want to preserve the scraps of recordings and adopt the tones. From another point of view, I wonder where the softness, which is provided from efficient modifications, went. I also think of the fact that I want to quickly finish recording and go drink a beer. The work created on the computer consists of conflict between the utility itself, and a perverse feeling you can’t express. I think this [conflict] brings all of the dissention out of any meticulous artist.

What is the music of the world? This is clearly the music arranged by a computer. I don’t think it is wrong, but when many people are getting used to that type of music, the music that isn’t of the industry (that contains a certain humanity), is taking a hit. Faint oscillations and hesitations make these songs attractive to people, but at the same time, they are owing to a standard “accuracy,” similar to a barbed-wire fence. Many of these songs sound the same, and we end up thinking it’s the right solution.

It is important to think about the beauty of all music. Rather than dreaming of selling a million copies, I want to do my best to hold a beautiful moment with my friends. Of course, the matter of selling [albums] does worry us also. If the production cost is not enough [of a reason], we would have to give up the big studios, equipment, and also the long recording sessions. Among the ambivalent natures observed in pop music, some are making me happy, and some worry me. For all that, I want to believe in the beauty that I feel [from music].

I also want to listen carefully for differences [in sounds] that are compressed, and the sounds that end up being audible. No matter what anyone else feels,

I want to take to heart the differences that only I can understand. Chorus recording.
In general, during most of the sessions, the songs’ choruses are recorded at the end. But they often have such an influence over the music’s impression and the support of the song itself, that the song sometimes requires a few changes after the fact; so I am reassured. Though there have been some wandering moments, the recording went well.

By blind chance, we got to work at Setagaya today, not far from the studio I was at on March 11, 2011. This day, I was in the middle of working, and I remembered the ground shaking in the way that electricity would crackle; we could hear the noise.

I was astounded by the shaking, and for a moment I told myself that an earthquake had happened in the Japan Sea.

Five years have passed since that day, and I was given the opportunity to take my life into a different direction. I want to believe that we will progress little by little on this radiant path, so that we can move forward despite the confusion and dissension around us. It often occurs to me that things are not going well, but I am very grateful towards the people I have met during these five years, and to my friends that are always by my side. I wanted to write that, “I lived,” but I feel as if I should say, “I could live.”

Before working in the studio, I drew a card saying, “Trust in the you of now.” I believe that these words are strong, and particularly appropriated to such days.

I tend to use negative words to pull myself down without pride, but I want to live with my head held high.

The final recording phase; we continued recording the choruses. There are songs with complicated chords left to be completed, and the task has been rough. By the way, while recording with the band, there was a part that Chris couldn’t understand, no matter how many times I had explained it to him. I enjoy when an anxious feeling comes out from a semitone, but that is probably difficult to understand in this type of music.

When I think about it, there is the song Marching Band by Ajikan. But this song hasn’t been played yet in Europe and South America. The song uses, especially in the intro, a combination of anxious sounds, sounding like many repeating parts. I wonder if this could only please Japanese listeners, but since I like it like that, that’s how it is.

Chorus recording. Today, we recorded with a lot of enthusiasm with YeYe’s parts. She has a very particular voice, which reveals the song’s colors. At the same time, we proceeded to the acoustic guitar dubbing. The recording of my second solo album is coming to an end.

All that is left are the data arrangements, and to wait for Chris’ mixes.

Counting the pre-production, we worked in the studio for 2 months. Once again, I think it is great to produce a work all together, like a band. A studio where emerge a hopeless balance between respect, strain, creativity and humor in the manner of the actual Gotch band is particularly amusing. It has been two months filled with insignificant baloney, where we laugh at our mistakes, where we cared to those who were worried and even where the moments of sadness surrounding each of us were wrapped with love for music and for our friends. It was awesome !

We’ve been working in the studio for about two months, pre-production included. As I’ve mentioned before, I believe that it is great to produce this record all together, like a band. I find it particularly amusing, that from this studio, emerges this hopeless balance of respect, strain, creativity, and humor from the attitude of the Gotch band as a whole. It has been two months filled with insignificant baloney, where we laugh at our mistakes, where we cared to those who were worried and even where the moments of sadness surrounding each of us were wrapped with love for music and for our friends. It was awesome !

Thereafter, we had planned to release the album at the beginning of the summer, to play festivals, events, and everywhere in Japan. I would be happy to embark on a new trip with my friends.

The recording is complete; it was a beautiful moment.

What I have recorded with my friends is obviously music, this is also something that oscillated in the air, mixing an atmosphere of anxiety with a feeling of occlusion of that time. Of course, this also includes our breath. to summarize, it can bee seen as recording “the present moment”.

Music and society or politic and music have a link depending the atmosphere of the current moment but if we are not aware, we can totally be partial on worldwide incidents. We can say the escape faculty of music is one of its charm. Pop music can make us dream in just 3 minutes.

Music in society, or music in politics, have a link depending on the atmosphere of the current moment. But if we are not aware, we can be completely partial to worldwide issues. The ability to use music as an escape is part of its charm; pop music can help us dream for just three minutes.

The atmosphere was undeniably oscillating at the time, which is why we couldn’t escape from it.

The work who will shake the atmosphere of our time and will separate a little the rigour of a people heart and body will come soon to an end. I wish it was such a work. Or, I wish it could be a work with new pictures who will change someone's view.

The production process that will shake the atmosphere and will separate the rigor of someone heart and body will soon come to an end. I wish it was an album painting new landscapes that will change someone's perspective.
For the past twenty-three days I have been thinking, ‘the fact that I am alive during such a time, is precious."