All you need to know about Asian Kung-Fu Generation EASTER

Asian Kung-Fu Generation new CD single Easter (復活祭) will be soon released on March 18th 2015 and to partially illustrate this release, a teaser video has been released with a cover without Yusuke Nakamura's illustration. Actually, the first main fan's concern about this video isn't the fact that we have in front of us, a teaser video for the promotion of (let's be honest) the official promotion video but rather the CD single Easter (復活祭)'s cover in which Yusuke Nakamura did not take part to it. 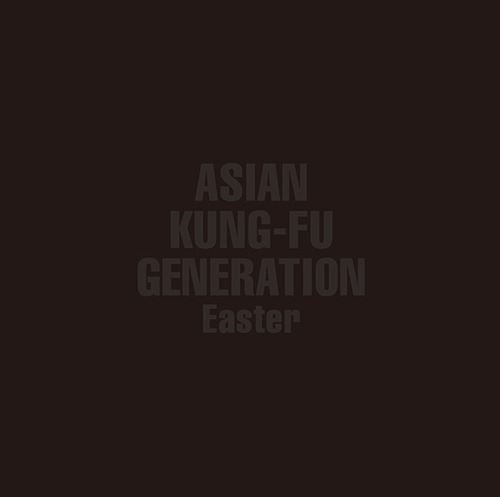 As shown on both picture and video, Yusuke Nakamura did not draw anything for Easter (復活祭). We are all used to the collaboration between Asian Kung-Fu Generation and Yusuke Nakamura, he is considered by the band as the fifth Asian Kung-Fu Generation member, and also have told to fans that they will keep working together forever, there is actually a teaser inside the teaser. He has drew some stuff maybe for the Easter (復活祭) booklet, maybe not but we are sure that the next band's album will be illustrated by Yusuke Nakamura's draws. Again, it's wait and see before we know what is hidden behind all of this. A digipack version for the single is still available, even though there is no draw on it, it's actually pretty cool, especially when you compared Easter (復活祭) to the Live at NHK live album's cover Easter digipack is also available on Amazon.co.jp

The full music video is now available on the dedicated page

*If the video has been used in an unauthorized manner, it will be deleted

The simplicity and normal behaviour make Asian Kung-Fu Generation different from others Japanese bands. Their appearance on television is scarce and they are more concerned about their works than their image. Since the Fukushima's nuclear disaster, Asian Kung-Fu Generation is involved in favour of the definitive nuclear power stations shut down. Despite an agreement made with Ki/oon Records (Sony), the whole Asian Kung-Fu Generation's discography is financed by the band itself, allowing them to be musically independent towards the label.